Hi all! Sorry for the radio silence. I’ve been extremely busy with school but that should be finishing up very soon (I’m typing this up as I wait for my last exam to start in fact).

As a recap of what’s happened over the past two months:

I know I showed you a similar image last time, but there’s a lot more going on to make this picture possible: 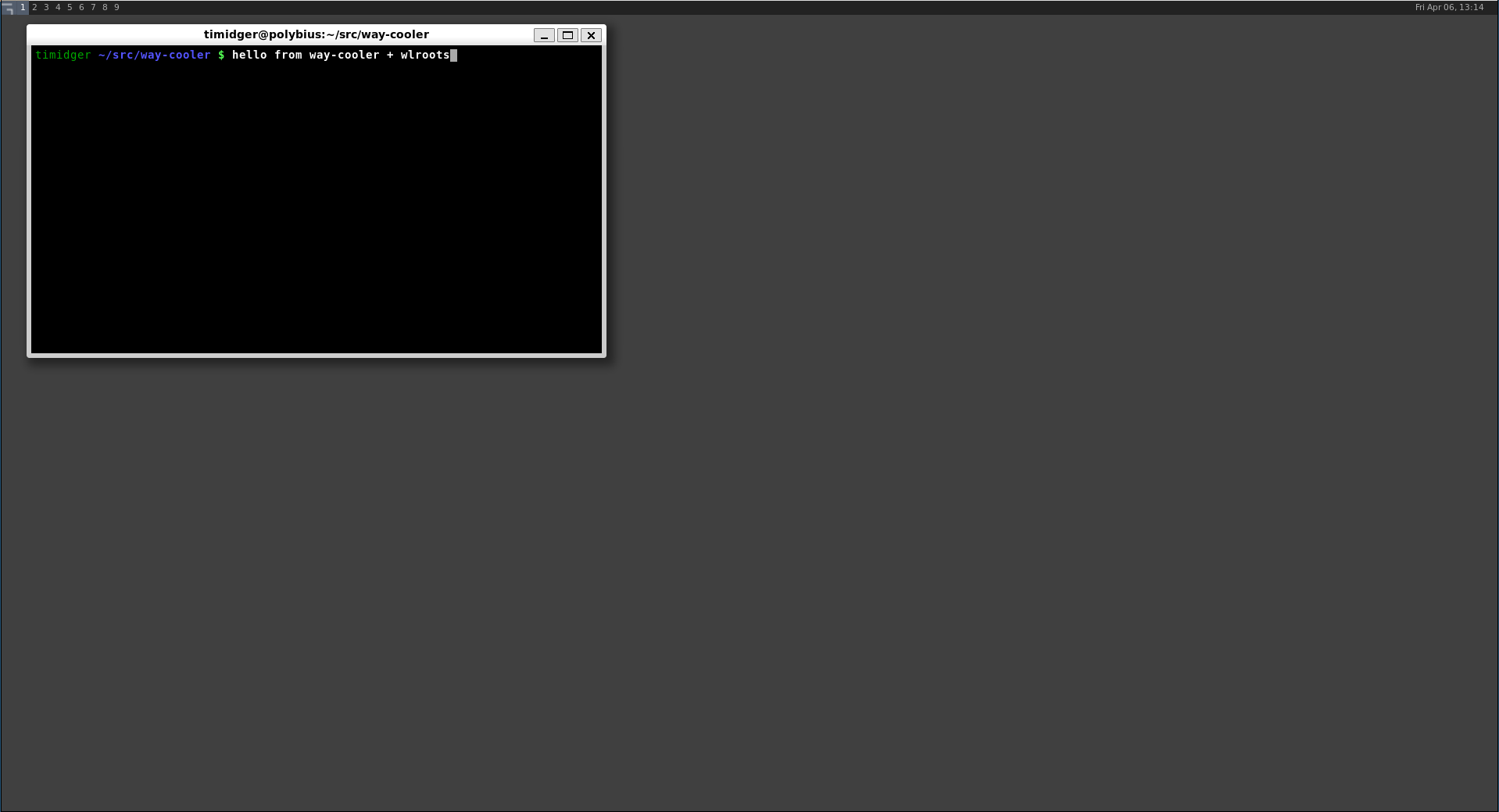 That is the awesome bar being drawn in Lua using Cairo, rendered in Way Cooler using wlroots, with the weston-terminal being fully usable. So this is much closer to working.

The stuff left to do is, in order of interestingness (to me):

This is also the order I’m going to tackle this, since that list is in order of descending difficulty.

For anyone who wants to get involved, the gitter channel has now been deprecated! I will no longer be checking it and all communication should now be through #awesome on OFTC.